Fighter Fish: How to Determine the Gender 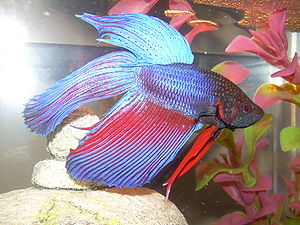 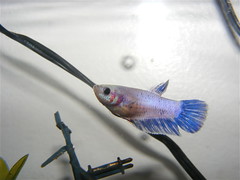 2. Another notable difference between a male and a female betta is the body shape. If compared to female fighter fish bodies, male bettas have less wide and more elongated bodies. Since, the difference is very slight, you will need a lot of practice.

4. This may sound funny but it is true that male fighter fish have beard like feature. Actually it is a membrane located under the gill covers. When a male betta flares, the covers open up and the membrane will be displayed. Even when gills are closed, you can see the membrane sticking out a bit. Though female bettas have the membrane, it cannot be seen when the gills are closed.

5. Male fighter fish begins to make bubble nests when they reach adulthood but female bettas do not have this characteristic. However, you must be careful since some male bettas may not show interest in breeding even after reaching adulthood.

6. Male fighter fish flare at each other usually. Females, on the other hand, rarely do such thing. Hence, here also you will need a bit practice.

Betta fish myths that you should know about